In the meme-ification of much online discourse, it was inevitable that 2016 would be encapsulated by juxtaposed images, such as the below:

And in the interests of transparency, it’s good for people to proclaim loudly how they felt about the year overall. It’s good that people are still protesting President-elect Trump, or, like exemplar Garry Kasparov, continue calling out Putin for the tyrant he is. On the flipside, it is also good that those such as Bill Mitchell continue to lionize Trump, or, like Nassim Nicholas Taleb, point out how Assad might actually be a better option for Syria. (Not that I agree with either.)

The health of any ecosystem is almost a measure of just how well-balanced its conflicts are. No one apex predator should reign supreme; no one species should exist without its natural enemy. Consequently, the level of discourse online should tilt back and forth between the left and the right ends of the political spectrum, with, hopefully, not too wide of a gap in between. It will never resolve, and it shouldn’t. Much like the world at large, conflict will never entirely cease, in any of its manifold forms. 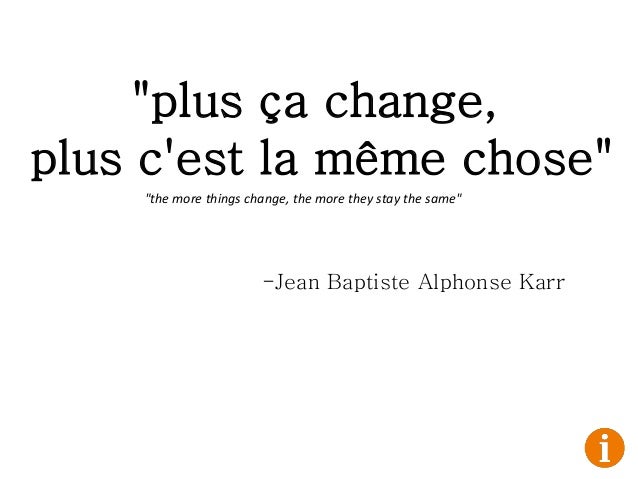 That’s a bit depressing of a statement to start 2017 off, one might say. But is it? Struggle is the essential paradox at the heart of the human condition. Why should it be feared or ignored? Rather, it should be embraced, dare I say it, joyfully. Learning something new is painful until you can develop it into a habit…and even then, new habits remain painful to inculcate. Becoming fit is painful – you literally tear your muscles to rebuild them – but few would argue it isn’t worth it. Embracing “the good fight”, as St. Paul would have us do, is our duty as humans, in the end.

What’s immeasurably difficult for me, as I embark on this new year, is grappling with the fact I’ll have to embrace that good fight every day for the rest of my life, without perhaps ever achieving closure on some of my biggest ambitions. But until I pass away, who’s to say I shan’t? Plus, it doesn’t help that I’m young and still overly cocksure (some would say pretentious, given my love of esoteric words, but I refuse to apologize for a diverse vocabulary). For that matter, who’s to say you won’t achieve your ambitions? One of the principles I hold dearest even though I am well aware it may not be true is that everyone wants to be the best version of themselves (even if someone is deliberately being bad by their own standards, I’d contend they wish to be the worst, i.e. the best at being their version of bad).

So, looking forward to that good fight in 2017, I would like to think we can embark on the new year by idealizing that best version of ourselves. In this coming year, there’s no reason we can’t make some strides forward to becoming that person. To misquote one of my favorite Twitter personalities: “In order to get what you want, you have to become someone who deserves to get what he/she wants. Nobody talks about this.” It won’t be easy. People don’t really change that much, if ever – Mad Men in particular was absolutely genius at demonstrating that very clearly – and if they do change, it’s at a glacial pace. But it’s better to strive than not to strive at all. As was shown very starkly in 2016, people who feel they haven’t had a shot in years at making a living will embrace any kind of striving, whether it is voting in a con man (Trump) or trumpeting pseudo-socialist political initiatives (Sanders). It was clearly an act of desperation – whenever people reject the status quo it usually is symptomatic of desperation given how our brains are hardwired to avoid loss.

Whether you are one of those desperate individuals or not, part of the good fight will be embracing what they have to say and seeing how we can address their very real concerns. You won’t like it. It will be painful for me to listen to many of my nearest and dearest either slowly being to normalize Trump or drift further leftward, without acknowledging the hollowness of both the ever-encroaching federal bureaucracy or the kleptocratic grifting the Trump administration will primarily engage in (although, because few things are entirely bad, they may well pull off some good things). But we must shut up and listen, and continue to strive to voice what we believe to be true, because that is, in essence, the good fight. It’s part of being a full-fledged adult who is privileged to live in a republic. That republic, the good old U.S. of A., has always been in danger of some sort, and now, in the early 21st century, it’s simply in a mix of confusion resulting from threats both old – the dying gasps of a certain kind of Russian aggression, high levels of inequality, cultural polarization – and new – the bloody incoherent, inchoate mess that is the demise of traditional kingdoms and autocracies in the Middle East, the structural shift away from economic growth being powered by the making of certain classes of things.

My friends and family have heard me say this sardonically, but to be frank, I am actually serious when I say that it is a wonderful time to be alive. (For us professionals in North America, it definitely is the best time to be alive in human history, so we better damn well be grateful.) Not because it will be easy, but because in any time of upheaval, when you are finally old enough to make more of an impact with your dollars, vote and voice, it should be exciting to effect change.

One last note: Let’s not forget all the lovely, brilliant, exciting things happening around you despite the “if it bleeds, it leads” mentality of mainstream media. In 2016 my best friend and his long-time girlfriend got engaged. Many of my colleagues experienced significant professional success. My older brother and his wife had my second nephew, Rune aka Rambo. Somehow, I got a lot done at work…a scary amount, actually, as dozens of thousands of people read analysis I put together. I’m not great at celebrating what’s already happened, as it already seems in the past, but that’s a very pernicious route to insecurity. So don’t fall into that trap, I will tell you, as I stand in it myself.

In short, there’s a lot of little greatness occurring all around – it may not seem big, but history is composed of little happenstances. Life is marked by little acts of kindness. So let’s look forward to 2017.